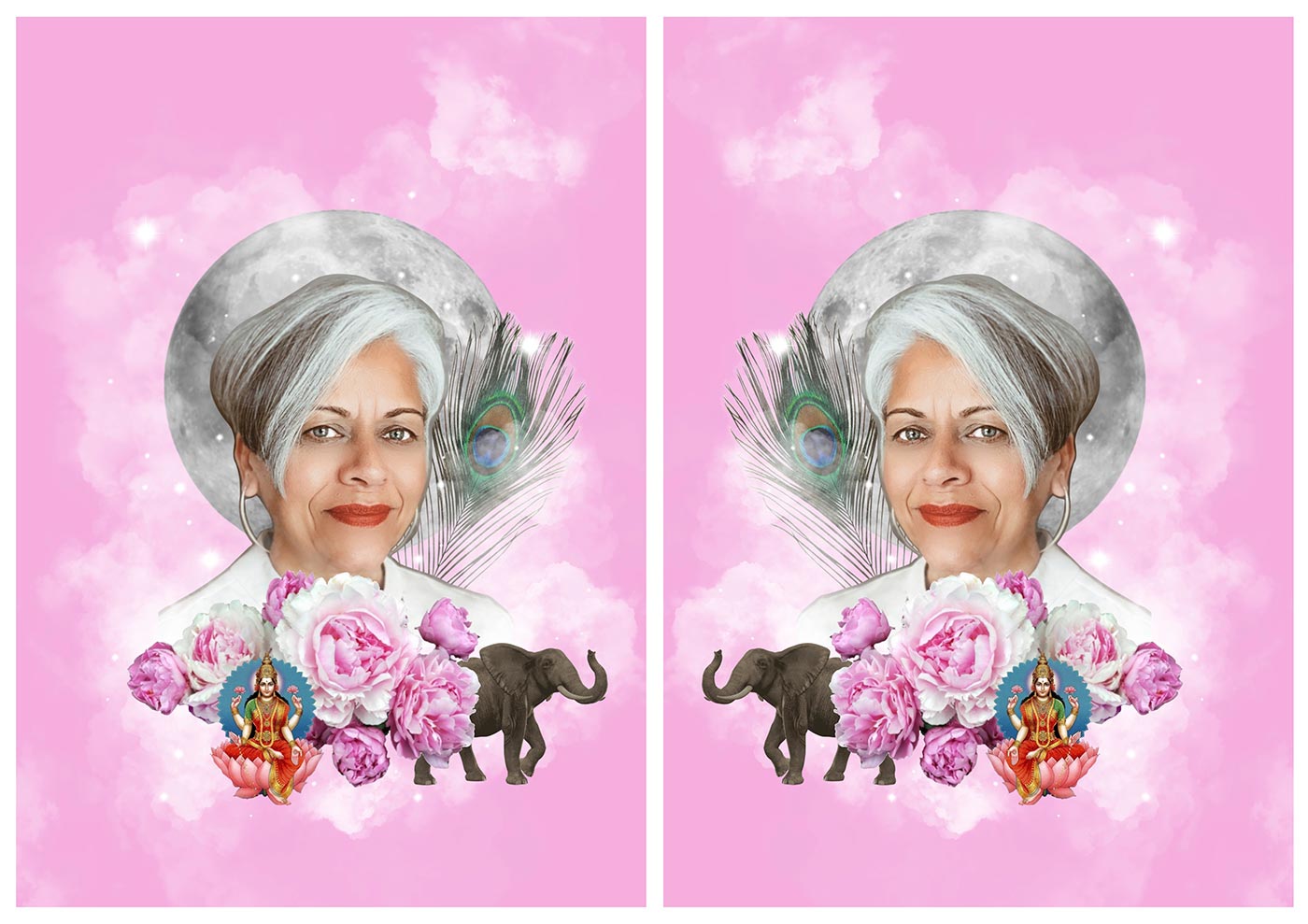 I am in love with Alka Joshi’s writing. Anyone who can take me out of where I am and transport me to another time and place, is easy to love.

And this is exactly what Alka did, during Covid, at a time when traveling was impossible. She took my hand in hers and lead me to post-Raj, 1950’s Jaipur, also known as the Pink City. There I was bewitched and embroiled in the life of an exceptional woman, a henna artist. Her beautifully orchestrated narrative was so compelling that I was immediately immersed in a colorful world that fed my curiosity from one page to the next.

When I turned to the last page, I just sat there, with my knees up, clutching her book to my chest, still lost in the story of Lakshmi, feeling reluctant to surrender to The End.

The journey Alka took me on was somewhat familiar since I spent the better part of my life as a busy working makeup artist in New York City.

I became obsessed with the idea of learning how to apply Henna, also known as Mehndi, and decided to take some classes. Over a period of several weeks, I journeyed between Manhattan and the chaotically diverse neighborhood of Jackson Heights, Queens. This area is a melting pot of many people from South Asia, especially South Asian Indians. Neighborhood’s, like this, is one of the many reasons I love New York. You never seem to come to the end of it.

As a little girl growing up in South Africa, most of my holidays were spent on the Indian Ocean in the city of Durban, where it is said, the largest population of Indians outside of India, reside.

I’d spent my days wandering the aisles of the great Indian Bazaar in the center of the city, allowing the aroma of mother-in-law and father-in law masala spices waft over me; trying on kurtas with their gorgeous chikankari embroidery and watching the henna artists bejewelled acid color bracelet’s jangle, as they worked. It was a natural bridge for me to move from makeup to henna. My teacher, a dark eyed beauty with the thickest braid snaking down her back, like a glossy black mamba, led me to her work table and opened a book of designs to look through, while suggesting I start with the simpler ones.

The intimacy of Lakshmi’s craft as a henna artist along with her techniques were analogous to my modern-day experience in a very similar career. I strived to remain professional and at the same time the unusual nature of touching someone’s face while working six inches from it and having only just met my client, creates a false intimacy. I always tried to remain conscious of keeping the informality of the situation, separate and contained. With certain delightful people, it was not easy.

Coupled with her wonderful storytelling, Alka is delightful, exuberant, joyous, kind, helpful, creative and a woman’s woman. Here is a short video clip she shot for The Pro-Age Woman. It shares a commonality of purpose since she, too, is part of our community.

The Secret Keeper of Jaipur is number two in the trilogy and much to my delight she shared that actor Freida Pinto and her producing partner, Michael Edelstein have bought the rights to the Henna Artist and plan to turn it into a series. I cannot wait! 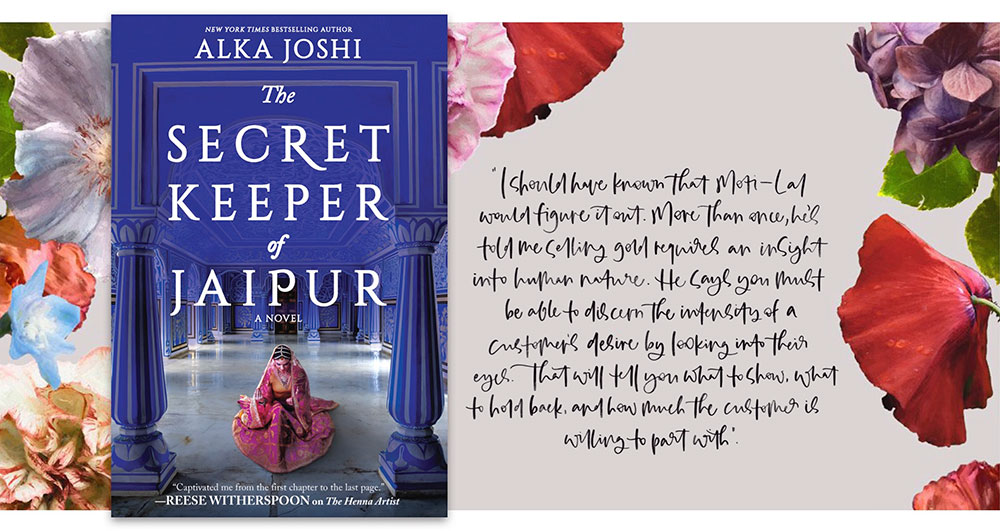 Alka Joshi’s captivating sequel to “The Henna Artist” exposes corruption and black market dealings in 1969 India. Lakshmi, the herbalist of the first book, sends her protégé, Malik, to intern at the Jaipur palace, while taking his new love, a young widow, under her wing in Shimla. When the royal cinema in Jaipur collapses on opening night, Malik sets out to uncover the graft. The novel affirms that seeking truth is a wholly worthwhile endeavor.

Alka Joshi was born in India and raised in the U.S. since the age of nine. She has a BA from Stanford University and an MFA from California College of Arts. At age 62, Joshi published her debut novel, The Henna Artist, which immediately became a New York Times bestseller, a Reese Witherspoon Book club pick, was Longlisted for the Center for Fiction First Novel Prize and is being developed into an episodic series by Miramax TV. The sequel, The Secret Keeper of Jaipur, will be followed by the third book in the trilogy in 2023.

Alka’s books are available in hard copy, paperback, digital and audio versions on Amazon, LibroFM and at all local bookstores and independent bookshops.