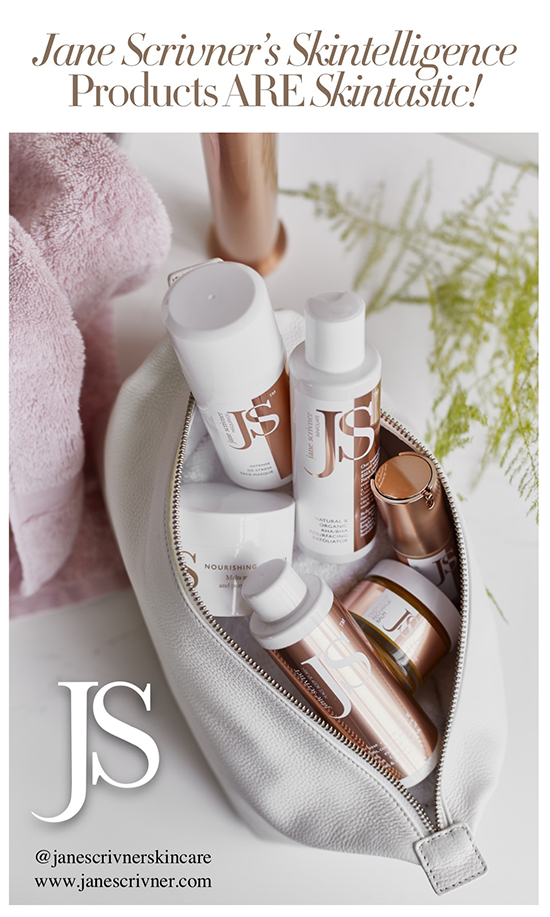 Take it from me, I’m a very experienced dater. My friend Kate used to say that I had more dates than the 30-year old’s who worked for her. She was correct. Seldom a week would go by without me meeting a few people; someone for cocktails, someone for dinner and perhaps a quick cuppa with a bloke or two during a less hectic work day. I became so good at online dating that in the first couple minutes I could tell exactly who I was meeting and whether it would be worth my while. Until I met my first imposter.

Claudio said he was from Bulgaria. The first communication led me to believe I was dealing with an educated, normal sort of chap. His photo revealed a man in his mid-50’s with silver streaks running gracefully through a full head of straight black hair. Dark playful eyes smiled back at me even when his mouth wasn’t doing so. This was all set in a visage with refined high cheekbones and lips that were magnets for long, lovely kisses.

He suggested emailing; ‘to better get to know you, since I won’t be back in Cape Town for a month.’ “Who has the time to write long emails these days,” I said? First red Flag. So, of course my suggestion to him was “let’s text.”

Mark my words, there is always an excuse or story these guys have about texting and what platform to use. Gmail hangouts and Yahoo Messenger are most often suggested. Ladies, if they skirt around texting via iMessage, or something equal, consider this Red Flag number two. Claudio, however, had a South African phone number so this circumvented any questions about where he lived permanently. We chose WhatsApp to communicate.

After a few texts I said it would be great to see one another physically, “How about a face-to-face video call?” Huge resistance and multiple excuses came flying at me like a swarm of locusts out to feed on my neatly planted fields. The most common excuse was, ‘Internet reception is iffy out here. It’s off the beaten track.’ In this day and age?

However, finally Claudio agreed, and opted to use Skype. I found out later that even a mainstream platform like this can be manipulated, with advanced technology, so that the photo he presented on his profile could be animated. He was not only able to continue using his voice behind a still photo, but the technology allowed the body in the photograph to move and emulate a real person! This technology gives you reason to think you are talking to the real person in the photo he posted on his profile.

He was so good at online deception, that he was also able to turn his computer’s camera around to show me where he was stationed. Supposedly! The view he manufactured was of the waves at the base of an oil rig, 100 feet below, in the Gulf of Mexico.

He had all the sound effects of the ocean and people coming in and out of his office, with nicknames he offered up. As an engineer he had an impressive large crew of people who answered to him. He’d even have them chat with me. One guy, who answered to the Captain, admitted Claudio had been talking about me during breaks and how crazy he was about me. Convincing, right? To me, this did not sound the way mature men I was used to responded.

A quick note here. The dating app I met Claudio on was Tinder. It is one of the worst sites, in terms of finding imposters to date, especially if you are in our 55+ demographic. Here in South Africa, it’s filled with imposters. Usually they are young Nigerians who are looking for older women who are lonely, needy and have disposable income.

Each missive come’s with a strong narrative and full-on romance, the likes of which you probably have never seen. And it’s meant to fill you with conflict, because when was the last time, you were doted on by someone? Ladies, we can be drawn in by this and these worms know how to slowly pull you into their compost heap and work you over, until you have made them nutrient rich.

A quick rule of thumb. Make sure you meet up with them after just a few texts or calls. Then you have the hard evidence that they match the profile photo, right in front of you. But nothing is written in stone.

If you decide to email, by the second or third email, imposters are not only sharing incredibly personal information, all made up of course, but also pushing you to express feelings for them. They understand the need for most women to fall for a strong, romantic narrative that expresses our natural desires. Think Charlotte Brontë.

Often, they use the story of being widowers and having one child and they probably will give you a legitimate university their child is attending. And, will include photos of themselves with their child. Think proud daddy who casually mentions he sends money to support them at school.

You will also notice that the grammar begins to change. It’s subtle at first but before you know it, it becomes increasingly clear that the first couple of emails were

written by someone they might have paid to help build the façade, because now you will find one grammatical error after another. Is that Red Flag number three? 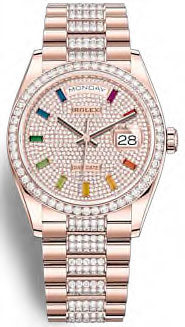 Claudio went on to send me love songs through WhatsApp. Really cool, schmaltzy ones. And he sped up the intimacy and romance. He sent me a photo of an incredibly expensive diamond watch and said he had bought it for me. He was a little at a loss for words, when I told him in all honesty “I don’t wear watches especially one this flashy.”

By this time, it had gotten to be too much, too soon but I decided to play along to see where he would go with it.

At some point these men will ask you for a favor. You haven’t ever met the guy, why in hell should you do them a favor? This is where some story will spew out that they are short of money. Claudio said he left his keys in a hiding place, at his house, in the elegant mink and manure suburb of Constantia, and he needed money to get his domestic (‘who comes in occasionally to clean’), to get to the house via Uber. Funny, I thought, I always make sure someone has keys to my house and money, should I need them to do something for me while I am away. These con artists work out impossible scenarios, purposely to get you to help them. Red Flag number…. I’ve lost count.

Often, they don’t have any friends and don’t want you to mention this new romance to anyone because ‘we’re just getting to know one another.’ They also are great at acting jealous with the mention of friends, especially male friends. Another couple of red flags.

He also managed to give me a legitimate Cape Town address and often mentioned obvious streets and landmarks.

If you get hooked, it will become such that they will take more and more and more and before you know it, you will have a huge chunk of change missing from your bank account, that amazingly, you have been more than willing to fork out. These guys are masters at holding women hostage for their love, which of course you will never have, nor will you want to because they are not who they say they are.

So, you’re probably wondering what happened with Claudio. Well, at some point, I said, “I need to tell you something. Please listen until I’m done and then we can talk about it… it’s an uncanny coincidence, but I happen to know the person in the photograph you sent of yourself. In fact, he has a show on morning TV in Australia and I have worked with one of the other three hosts. You think you are cool and savvy but keep in mind, I’m an experienced dater. The bright red flags were being waved left, right and center in front of me, but I thought it would be interesting to see where you’d go with it.”

‘Claudio’ was, to say the least, stupefied and wanted to know what the red flags were. But I declined his request. “Why would I share something like this only to have you refine your game?”

In an incredible twist of fate, because I treated him so well, he admitted to falling for me and started sharing info about who he really was; a twenty something young African man in the city of Lagos, Nigeria, living in what appeared to be dire circumstances.

By now you might be asking yourself, “…and how did she know he was African and living in dire circumstances?” Well, he felt so comfortable with me that he called me on video, conspicuously revealing the real him. And I recorded him with the screen recording facility that an iPhone offers. Then I forwarded this to a detective friend of mine here in South Africa, who specializes in internet crimes. 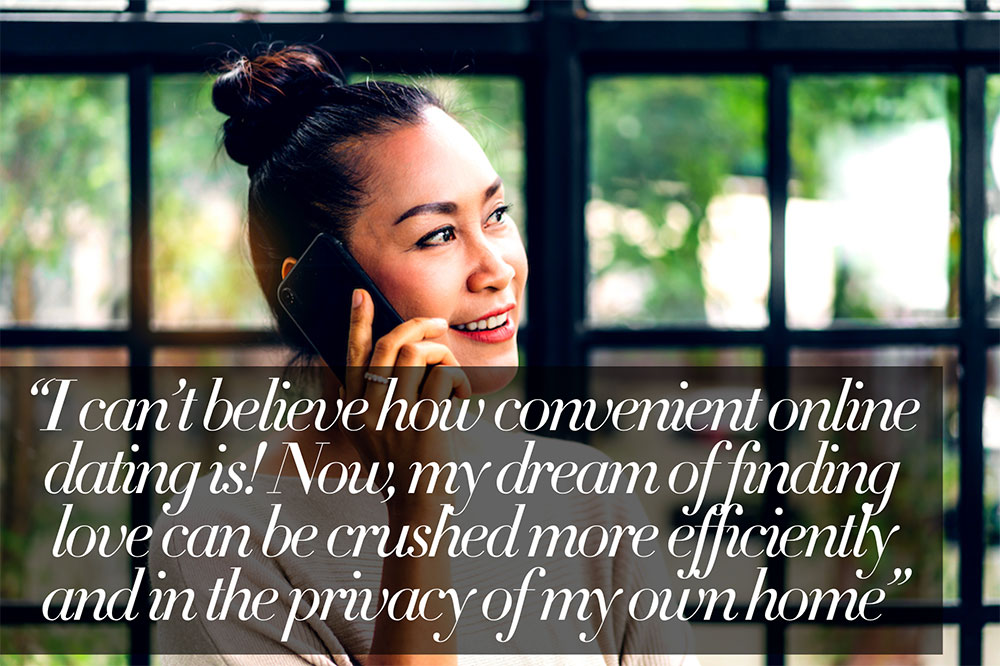 This might sound strange but I kind of liked Claudio. He was kind and treated me really well but the fact is, he was doing a disservice to himself as well as women around the world. I suggested he look into government programs that offered young tech-savvy men, such as himself, professional training. “Rather do something more constructive with your life then prey on us,” I suggested. So many women ignore their gut feelings in exchange for love. It’s not love! If you have previously been in a long marriage or relationship, trust the fact when you are single again, that you are still in the early stages of learning the dating ropes. And keep in mind, you really do not need to be a lonely, needy woman to get preyed on with this type of scheme.

Best-selling writer Tim Harford has a podcast called, Cautionary Tales (one of my favorites). He advises, ‘A brilliant con man intuitively understands something about human nature…sometimes we want to be fooled.’

There are many Claudio’s out there. So, if you need help, I recommend you consult with an internet detective. It’s always a great idea to have someone very experienced watching out for you.

In the US and Canada versions Tim Harford’s book is titled, The Data Detective…Ten Easy Rules to Make Sense of Statistics. Internationally it is called How to Make the World Add Up. Or listen to his podcast, Cautionary Tales.